Once upon a time there was (and still is) a band of two musicians called Hobbyhorse living in the San Francisco bay area. (That's us!) We play songs we’ve written and old traditional Celtic songs on guitar, mandola, frame drums and other cool instruments in a truly unique style. Want to know how we met and what we’re all about?  Then click on the video below!

Scarborough Fair is one of our most popular songs. Here's that free mp3 of for you.

We have had lots of fun over the last decade since we've been together creating our music and playing it out in the world. 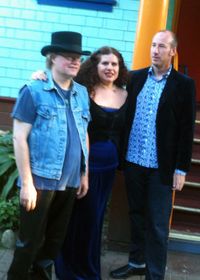 We've had lots of trials and tribulations. Yes indeed, we've had some failures. For example, once we played at a cafe for two hours and weren't even given a free cup of coffee.  Then they charged Annie for the loaf of day old bread that she took up to the counter. (They went out of business, but we didn't.)

We've had some interesting successes, like when we were chosen to record a track for the official Motorhead (a famous heavy metal band with a guitar player also named Phil Campbell) tribute album called “Sheep in Wolves Clothing”.

Our biggest success for sure is our dedication to our music. For over a decade we’ve been playing, practicing, creating almost daily. We have come up with a unique sound that is purely Hobbyhorse with exciting arrangements, poetic lyrics & mind-blowing duo acoustic guitar! 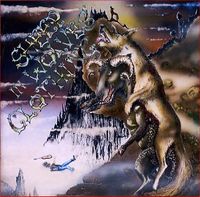 We are a completely DIY band and that means we do it all ourselves (the music, the driving, the recording, even the artwork, graphics and merchandise design).

That also means that our music goes directly from US to YOU without a middleman either telling us what to do or putting big bucks into marketing. You mean a lot to us and you help Hobbyhorse music thrive! 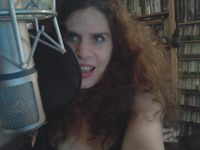