Last Saturday we completed our third 6 hour recording session and we are pleased to say we've been making steady progress on the new album. We've gotten all of the basic guitar parts for the 5 songs and 3 of the vocal tracks with harmonies done.

Stage fright in the studio?

I found myself a little jittery when standing behind the microphone singing my lead vocals although I was completely alone in the room with only Phil and Chris listening through headphones.  I was imagining that I would never get the part right and we would be there all day spending money on studio time with nothing to show. It was a little disorienting because I am so used to playing and singing live or recording at home. As it turns out, the third take was actually much better and smoother than I thought and we kept almost the whole thing with hardly any corrections needed.

We've finally found some time to schedule a "Hobbyhorse Half Hour" webcast concert! It will be on StreetJelly.com/live at 5:30pm [Pacific].

How to watch: Go to http://StreetJelly.com/live at the time of the show and click on Hobbyhorse's picture.

You can either sign in  beforehand if you want to join the audience chat or watch anonymously without signing in. Stay as long or short as you want. Tipping is appreciated but optional. 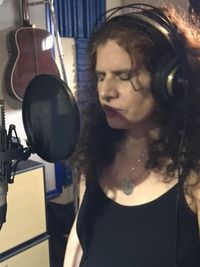 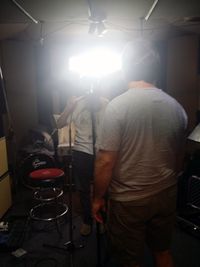